The Tarrawarra Museum of Art’s retrospective of Jeffrey Smart’s work from 1940-2011 shows Smart as an interpreter of solitude and the relationship between people and their built environment, and as an artist who successfully synthesised traditional perspective with the flat and abstract planes of early 20th century modernist painting that eventually destroyed it.

In almost seamlessly bringing these two bookends of western art history together, Smart subtly marries a range of contradictions or dualities on his canvasses: urban landscape and minuscule portraiture in the Portrait of Clive James, the silence of modern communications and invisible movement in the Control Tower and The Listeners, and crossed relations between the direction of perspective and light in Morning Practice, Baia and The Vacant Allotment.

END_OF_DOCUMENT_TOKEN_TO_BE_REPLACED

One of the key themes in Jeffrey Smart’s work that the Tarrawarra Museum of Art’s retrospective shows is his interpretation of people’s relationship with their built environment, and within this theme are those of solitude and communication, painted on sharp and saturated canvasses of rural landscapes, overbuilt cities, and motifs of modern communications technology and large scale construction.

Smart paints inverse relationships between people and their environment to emphasise togetherness in remote areas, or solitude and isolation in the city. The small congregation outside an unassuming hall in remote Paringa in 1951 is greater than one would expect of a one-store town on a dirt junction. In contrast, the watcher from a balcony in Holiday (1971), is the only human figure in a deserted complex of large apartment buildings, emphasising solitude in high density living.

END_OF_DOCUMENT_TOKEN_TO_BE_REPLACED

The Tarrawarra Museum of Art’s retrospective of Jeffrey Smart’s work, which opens until 31 March 2013, shows Smart’s early ability to synthesise the influence of Australian and Parisian modernists onto canvasses that interpret the relationship of people in Australian cities and towns with their built environment.

Paris, with its bawdy hills of Montmartre and wine-laden streets of Montparnasse, might seem an unlikely influence for a painter growing up in remote South Australia – a state so successfully founded on the principals of full employment and religious freedom that some of the first settlers in the 1830s were German Lutherans escaping persecution.

END_OF_DOCUMENT_TOKEN_TO_BE_REPLACED

In his thoughtful essay, Search for the Timeless, included in his Jeffrey Smart: Master of Stillness: Paintings from 1940-2011, Smart’s biographer Barry Pearce cites Morning Practice, Baia of 1969 as a ‘simple work [that] holds a central position within the entire span of Smart’s painting career’ and is ‘an essential image of the artist himself.’ The work is part of a retrospective of Smart’s work at the Tarrawarra Museum of Art, in Victoria’s Yarra Valley, until 31 March 2013.

It shows, Pearce says, an artist ‘fascinated by its [geometry’s] capacity to measure the meaning of existence, whilst enjoying life-enhancing sunlight illuminating the modern walls of what used to be an ancient fleshpot of the Roman Empire on the Bay of Naples.’ Comparing Smart’s last work Labyrinth (2011) to it, which contains the half-revealed figure of HG Wells, Pearce says that ‘again we are stimulated to ponder … the significance of timeless light illuminating a man in the crosshairs of the Golden Mean.’

What are we to ponder?

END_OF_DOCUMENT_TOKEN_TO_BE_REPLACED

The Tarrawarra Museum of Art’s current retrospective of Jeffrey Smart’s work from 1940-2011,  which runs until 31 March 2013, includes the Portrait of Clive James (1991-92), a painting of an internationally recognisable expatriate Australian writer and broadcaster at the height of his career by a locally celebrated expatriate Australian artist.

James is a solitary and distant figure in a cityscape obscured by a corrugated fence which, if the viewer were two steps closer to, would obscure James altogether. It is only James’s renown that transforms the painting from a chance encounter between artist and subject to a portrait in which their isolation is overcome by recognition and familiarity: it is easy to imagine that, with his arms resting casually on the barrier of a traffic overpass, he has recognised someone in the shadows – is it Smart the painter, or us the viewer?

END_OF_DOCUMENT_TOKEN_TO_BE_REPLACED 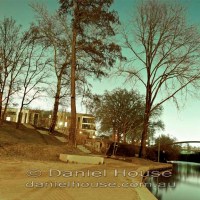 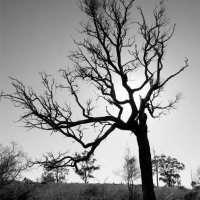